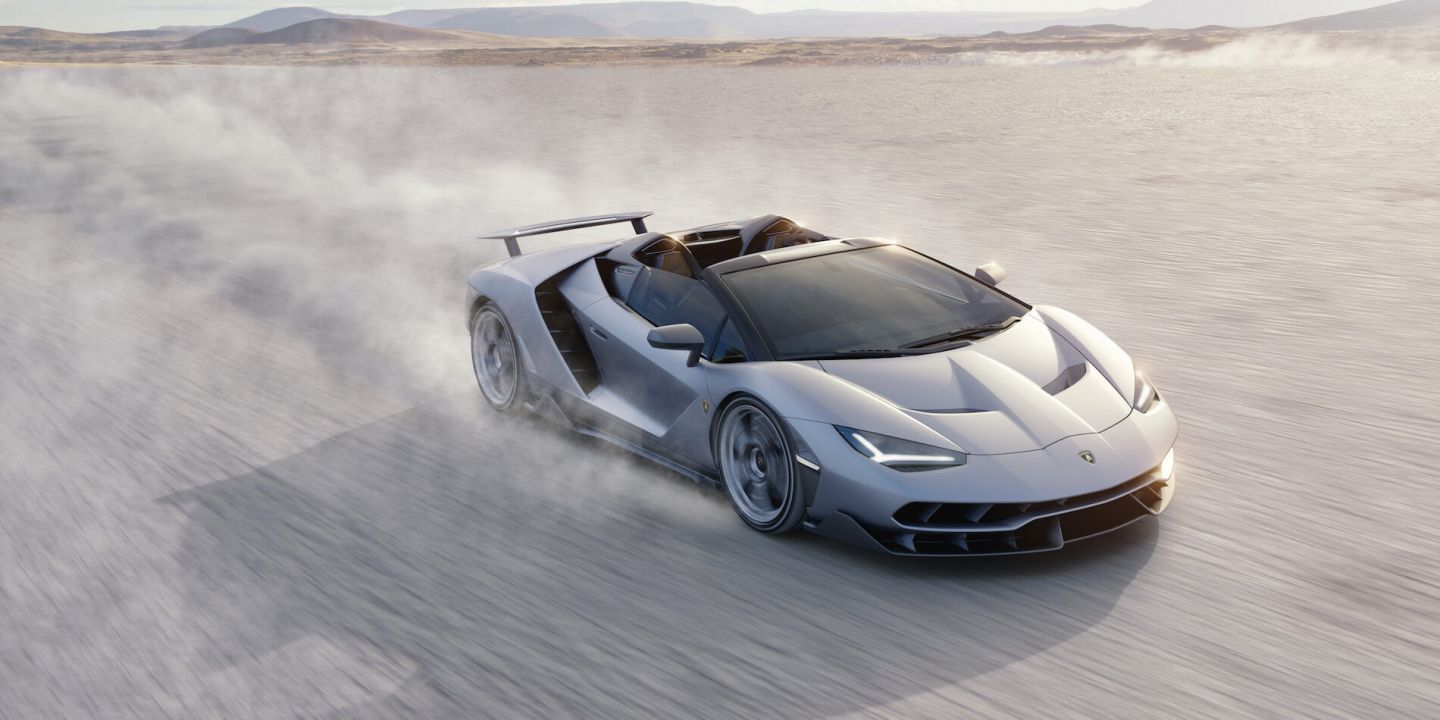 Different from concept cars, that are specially manufactured to be exhibited at international motor shows, these Few-Offs are homologated for full use on the road, giving a few lucky owners an unprecedented driving experience.
The first Few-Off Lamborghini of this kind was the Reventón, presented at the Frankfurt Motor Show in 2007. Thereafter, it was followed by the Reventón Roadster (2009), the Veneno (2012), the Veneno Roadster (2013) and, to mark the one hundredth anniversary of the birth of Ferruccio Lamborghini, the Centenario, with a production of only 20 coupé and roadster units (2016).